Help us by getting supplies that we need.
Amazon SP794 Holiday Shopping List 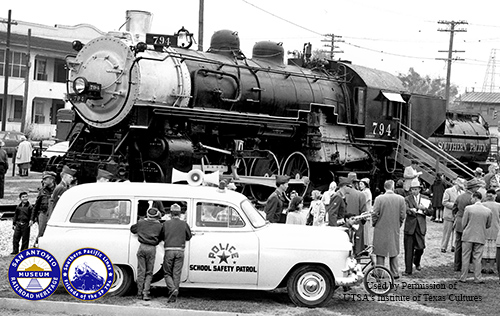 During the ceremony when the "Old 794" was presented to the City of San Antonio and the Chamber of Commerce, Mr. B.S. Sines, the Executive Vice President of the Southern Pacific Railroad lines in Texas and Louisiana read a proclamation to all who attended the day's festivities.  The proclamation conveyed the locomotive to its new owners.

The proclamation further instructs the city and chamber of commerce to retain the engine as a constant reminder the steam engine made possible the growth and economic expansion of the nation. The proclamation concludes: